You already have a saved search with that name. If you save, you will overwrite the existing saved search. Are you sure? 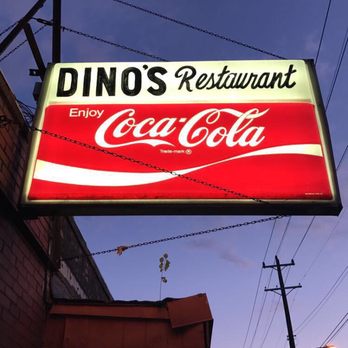 One of the beautiful characteristics of most East Nashvillians is their continual patronage to Dive Bars. While the rest of Nashville is bustling with honky tonks and bridesmaids galore you can still find some real soul once you cross over that big ole bridge into East Nashville, commonly referred to as East Nasty. Forget the overpriced beverage or the pseudo cowboy running around on Broadway. Why waste your time or your money there when Duke’s offers the $6 ‘Patriot’ special comprised of a shot of Four Roses Bourbon followed by a beer all with the added bonus of local DJ’s spinning their tunes on into the night. If you want to be real grunge about it Five Points is also home of 3 Crow, a true dive in every sense of the word. Yes, you can smoke in there (how is that still a thing!), but the Bushwackers, ambiance, and trivia night make the whole trip worth it. Their craft beer selection will quickly make you forget the cloud of smoke you walk through to get to their expansive patios. There are several great restaurants in Five Points that make this small little enclave a great place to run around on a Saturday night. Now, it wouldn’t be a Dive Bar list without Dino’s, Nashville’s oldest Dive Bar. You may drive past this watering hole hundreds of times before you realize it's there and even then the facade isn’t the most enticing in nature but boy their burgers are! Dino’s is the truest of Dive Bars in East Nashville with the simple menu, grunge vibe, and delicious beverages. While the exterior doesn’t lend itself to the most inviting atmosphere, it’s patio space certainly does. You’ll even forget that Gallatin Avenue is just on the other side of the building while you drink your Mason Jar cocktail and play jumbo Jenga with your friends on the patio. It’s a little hike on the edge of what can still be considered ‘East Nashville’ but if you want to truly blend in and drink like a local then you’re going to have to stop on over at Mickey’s Tavern. They are an old school neighborhood bar that doesn’t need the fanfare of Djs, Bands, or even Trivia Night to entice patrons. If you want entertainment then you are welcome to change the tunes on their Jukebox while you an enjoy an ice cold beverage with your companions. They specialize in whiskey selections so big bonus if that’s your drink of choice which, if you’re on a Dive Bar tour, shouldn’t that be your only drink of choice? While you may assume that any East Nashville highlight worth its salt would stick to the trendy  food selections available in the area then you don’t know East Nash, the only guidance you need to truly fit in around here is who’s who amongst Dive Bars. East Nashville as a whole is quirky, original, and eclectic and we wouldn’t have it any other way. On that note we would like to leave you with some parting words to the tune of Coolio: Hipster’s Paradise As I walk through the alley through the shadow of Five Points I take a look at my wallet and realize there's not much left ‘Cause I've been eatin' and laughin' so long That even my momma thinks that I don’t have a job But I ain't never crossed a Dive Bar that didn't deserve me Me turning down a pint, you know that's unheard of You better watch how you talkin' and where you walkin’ Or you and your homies might miss their turn at karaoke I really hate to tip, but I gotta keep going As the lights turn on, I see myself in the 3 Crow smoke Fool, I'm the kinda G that little homies wanna be like At the watering hold every night, sayin' prayers in the street light Keep spending most our lives Livin' in a Hipster's Paradise Been spending most their lives Livin' in a Hipster's Paradise We keep spending most our lives Livin' in a hipster's paradise We keep spending most our lives Livin' in a Hipster's Paradise
share Share
arrow_back5 DIY Projects to Spruce Up Your Home On the Cheap
Return to Blog Index
2018 Home Trendsarrow_forward

You message has been sent!

Send us a Message

Success! Please check your email for instructions on how to reset your password.

We will never sell your e-mail address or phone number under any circumstances.

Free and complete access to Saved Searches and more

Thanks! Your account was created successfully. You will receive a confirmation email from your agent shortly. Enjoy access to saved searches, favorite properties, and more!

We will never sell your email address or phone number under any circumstances.
By registering, you agree to our full Privacy Policy

Or reach out to the team for help:

Thanks! Your account was created successfully. You will receive a confirmation email from your agent shortly. Enjoy access to saved searches, favorite properties, and more!

We will never sell your email address or phone number under any circumstances.
By registering, you agree to our full Privacy Policy

Or reach out to the team for help: